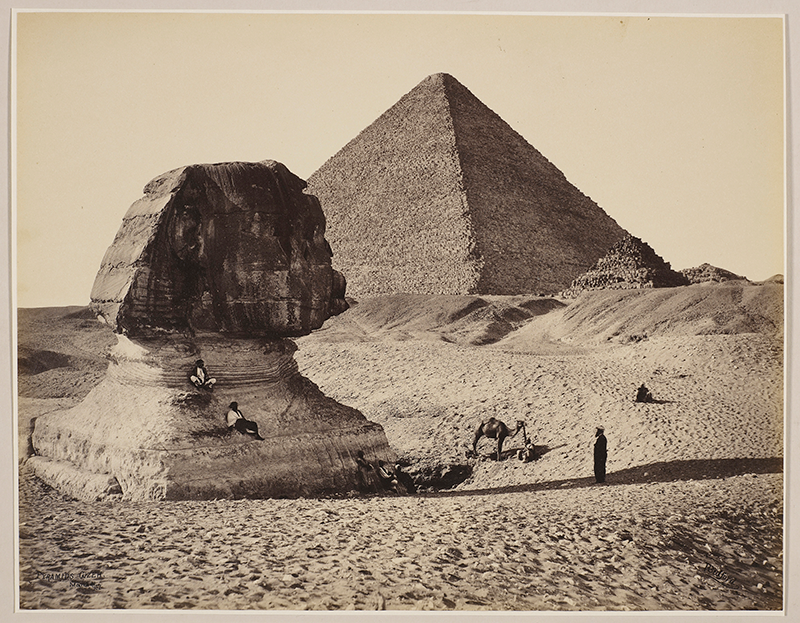 The Barber's latest exhibition is online and interactive

In 1862, "Playboy Prince" Albert Edward, Prince of Wales and later King Edward VII, undertook a tour of the Middle East accompanied by one of Victorian Britain’s pre-eminent snappers, Francis Bedford. The shots Frankie B took were, as they said in Victorian times, 'bang up to the elephant', and the Barber Institute of Fine Arts have grabbed 'em and stuck 'em online. It's their debut digital exhibition, no less. It was the first royal tour to be documented through photography and the pics – today part of the Royal Collection, so lent to the Barber by the Queen herself — revealed ancient sites like pyramids, temples, sphinxes and shrines. Albert was dispatched by his old dear, Queen Victoria, on the trip through Egypt, the Holy Land and Greece, and we bet he didn't stop banging on about his "gap yaaah" when he got home. Bedford's work, meanwhile, brought to life, for the British public, sites previously only encountered in prints and paintings. The online exhibition is a credit to the ten MA Art History and Curating students from Birmingham Uni, who worked with the Barber to create it. They've nailed the digital proposition on their first go too — the zoom (literal zoom, not the never-ending meeting app) and the 'Discover More' aspects combining to send us down a rabbit hole from which we struggled to emerge. Gawjus.

From Couch to Ouch

Going Against the Grain

Birmingham's next independent bar and restaurant

Your History Needs You

Birmingham Museums could do with some help

Prosecco at the pictures

From Hagley Road to Hollywood

In From The Wilderness

The latest 'at home' restaurant offering