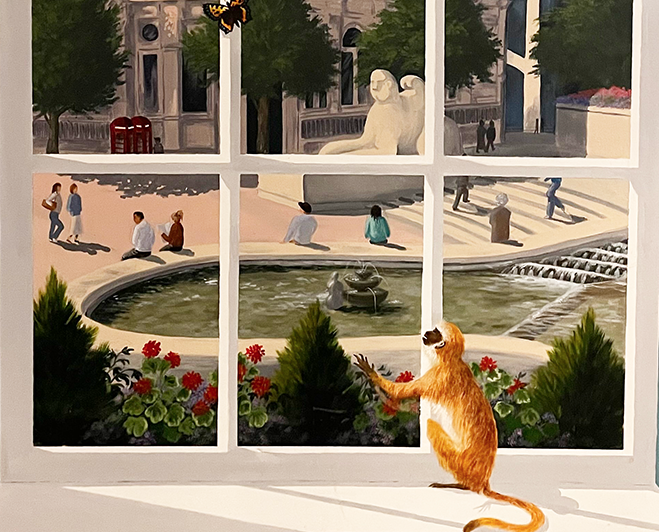 The who, what, where and why of BM&I's Vicky Square art

Following a tireless investigation involving over 200 man hours (I sent out one tweet), I can report that a citywide art mystery has been solved. Following social media posts from Brum art author Ruth Millington and Birmingham artist Stacey Barnfield about the below painting (that you'll find in the cafe of the Birmingham & Midland Institute), it soon became clear that not much was known about the piece. Signed by Jean Willis dated 2002, staff members at the historic Institute building could shed no light on it. Twitter, however, did help and Jean Willis was located in Sutton Coldfield. "I'd forgotten all about that piece," she told me. "I thought that this had probably ended up in a skip when the coffee shop was sold. Gosh the fountain has water in it – I've not seen it for years." Jean has drawn and painted all her life, but received no formal training whatsoever. She's a member of the Sutton Coldfield Society of Artists and, coincidentally, is part of an exhibition that runs Oct 23 to 31 at Sutton Coldfield Town Hall. The piece was commissioned by Tim Penrose of Hudson’s Coffee Shop, who ran the coffee lounge in the B&MI back then. Jean painted the view from the highest viewpoint she could find on the side of Victoria Square, not actually, as many thought, inside any building. Jean knew the eventual location of the picture was to be in quite a dark corner, so she wanted to open up a view to lighten the space. The window frame (which obviously wasn't actually in front of her) was a device to add realism to the painting and provide a platform for the monkey and butterfly he's tracking. But why the monkey? "I was influenced by the work of Graham Rust. His work is based on late 18th century classical interior decoration with exotic landscapes and a stunning example of his work can be seen in Ragley Hall, Alcester. Exotic animals and birds feature and I decided that an animal would add depth. It was choice between a cat and a monkey, but I thought that a monkey was quirkier. I hoped people would drink their coffee, wonder how the monkey got there and make up their own story." The painting is not available as a print as it would require permission of the original commissioner, but I'm looking into it. Regardless, pop over to the brilliant Birmingham & Midland Institute, head for the cafe, buy and coffee and figure out how that darn monkey got there. 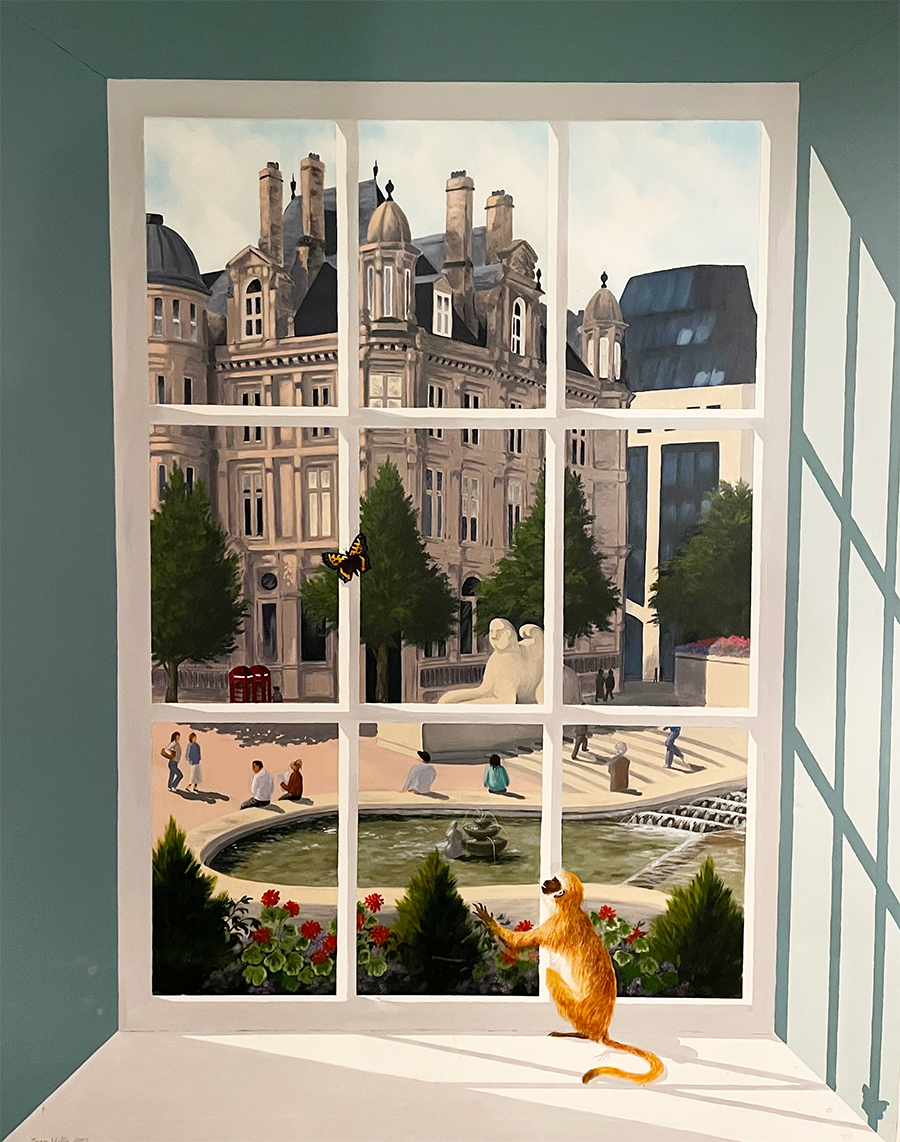