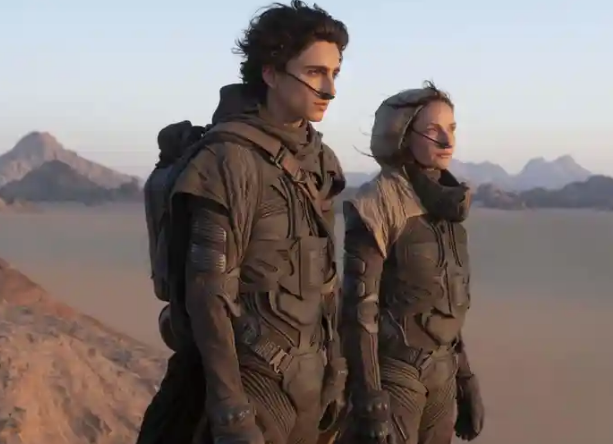 Movie of the Week: Dune

You probably already know if you'll be investing in a cinema trip for the mind-melting visual masterpiece that is Denis Vileneuve's Dune, out today. Heck, The Mona Lisa's entrancing but you may not want to look at it for two hours and 35 minutes. Dune tells the story of Paul Atreides (Timothée Chalamet, very watchable) a gifted young man born into a great destiny beyond his understanding, who must travel to the most dangerous planet in the universe (400 meter underground sandworms, et cetera) to ensure the future of his people. I had zero affection for the 1984 David Lynch version (I was four), but found this Star Wars meets Game of Thrones tale sprawling, verging on boring, but with moments of such big screen tub-thumpery that the entirety of the arse-aching runtime was, on balance, totally worth it. Highlight was the increasingly bizarre appearances from Stellan Skarsgård as memorably meat-headed villain Baron Vladimir Harkonnen. Allow the story to run out of steam as if clogged with sand, and simply wallow on the shoreline of it's Oscar-worthy craftsmanship.