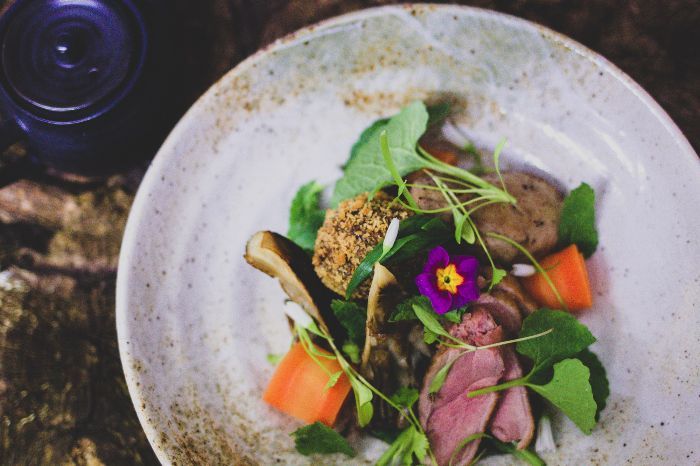 But dry thine eyes, for it is re-opening under a new moniker.

The venture - which started as a pop-up last summer but moved into permanent premises in the city centre - will soon be known as The Wilderness. Building work is under way to transform and expand the premises in Dudley Street, close to the markets.

Owner and chef Alex Claridge said: “Within weeks of successfully opening our permanent venue, the Michelin-starred NoMad hotel in New York contacted us and asked that we change our name.

"Not having the money, time nor appetite for solicitors, we took the difficult decision to close Nomad – come mid-May we’re done, that chapter closes. Heart-wrenching, really.

"We are re-opening at our permanent location in Birmingham city centre as The Wilderness with a newly fitted dining room, expanded kitchen team and new bar.”

Alex is using the new name to introduce radical changes to the experience he and his team offer. Stax Creations, who have found success creating large-scale and ambitious theatrical sets for events and productions, have come on-board to oversee the transformation of the 26-cover dining room into an immersive experience. So expect something verging on the insane to be introduced. “We’re looking at whether we can change the weather indoors or build a stream," said Alex. " It’s going to look nothing like a restaurant or bar.”

Robert Wood, of 40 St. Paul’s gin bar, will be heading up an experimental cocktail programme and Alex Sarkovs, previously Head Barista for 6/8 Kafe, is stepping in to oversee a hot drinks programme “Not just coffee - it’s more than that”,” added Alex.

In its current format, the last day for Nomad will be May 7. The Wilderness will be open to the general public from May 25, with reservations available now.

Gangsters heading for the Hippodrome

Movie of the Week: Belfast

The pillars and pitfalls of family will resonate

Let their be peace

What to Drink and When to Drink it